Before they were officially dubbed boomboxes, they were “Portable Component Systems” and this one has an optional record player though it escapes me how you’d carry that down the street with you. 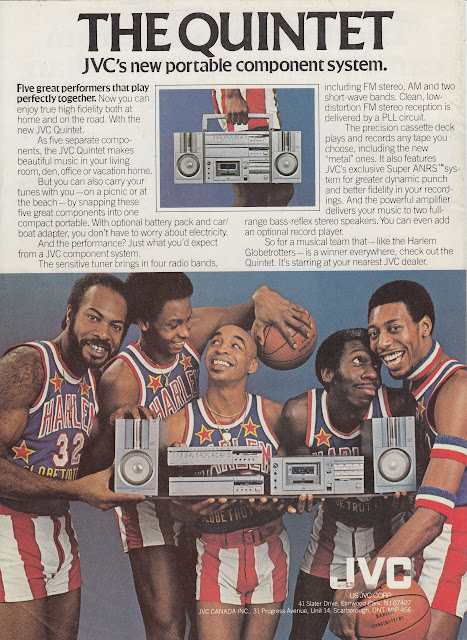 Not long after, the boombox would become king and the record player would die a slow death filled with needle-drop hiss. But don’t feel bad because albums are back with a force. Can eight-tracks and wax cylinders be far behind?