For decades and decades that poor dog stuck his little snout into the bell of that Victrola. I’m willing to say that he’s probably stone deaf after all that noise at such close range. 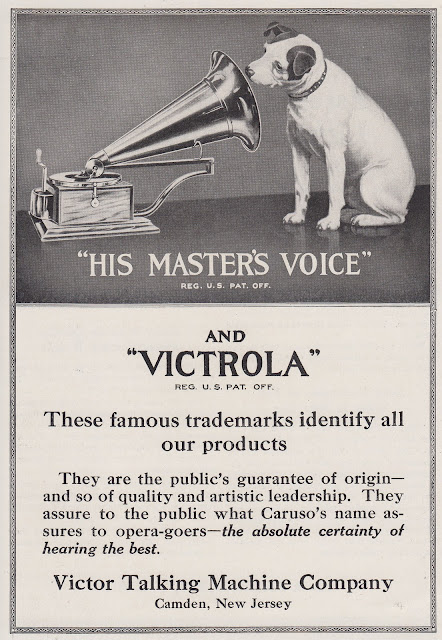 Perusing these ads, Caruso is mentioned again and again. I wonder how many people in 2012 know who he was? Such is the fleeting light of fame. 90 years to anonymity.

Select your Victrola for Christmas [1919]

In honor of the upcoming holiday, we bring you a Christmas suggestion from nearly 100 years ago. 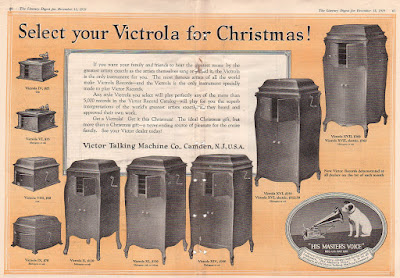 For the record, this would be the best Christmas gift EVER! Even all this time later.